The original is “Devil’s Blade”, which was dropped in about 3 volumes, when I was recommended by my brother and watched the anime version… interesting!

Far from being a decisive difference from the jump animation so far, I think that the degree of perfection as an animation is outstandingly high.

I was so moved that I watched one episode three times! I will write the impression while soaking in the afterglow. 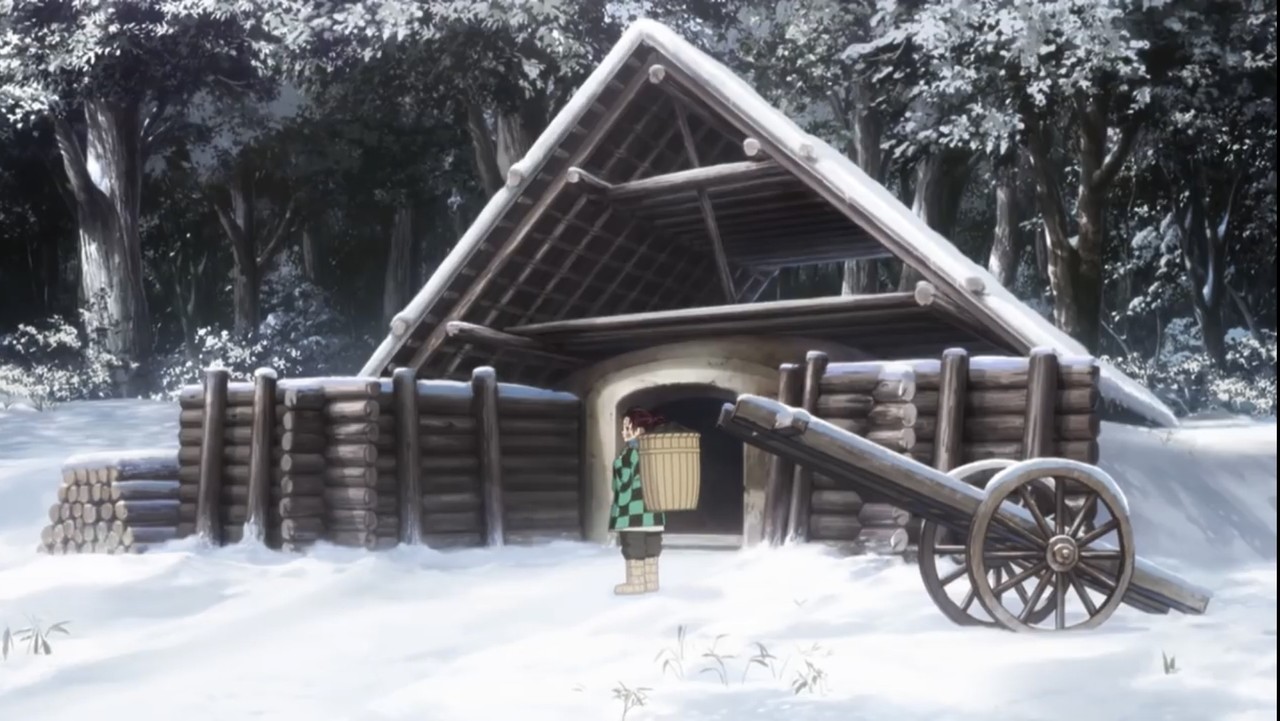 What was the best thing about this first episode? I will give the first 3 minutes without hesitation.

To be precise, it is 3 minutes from 1:00 to 4:00, when the monologue of Minjiro who carries the bean jam is over and the life of Minjiro and his family are drawn.

First of all, the charcoal that Jiro Jiro bears on the screen first appears, and Jiro Jiro and his house reflected in the drawn camera.

In these 3 minutes, a lot of cuts will be made to explain the living environment of Minjiro so that the background and tools of life are more prominent than the person.

I was clearly putting more effort into creating the feeling of living that goes into this detail, and what made me paralyzed was the leather ax cover lol. 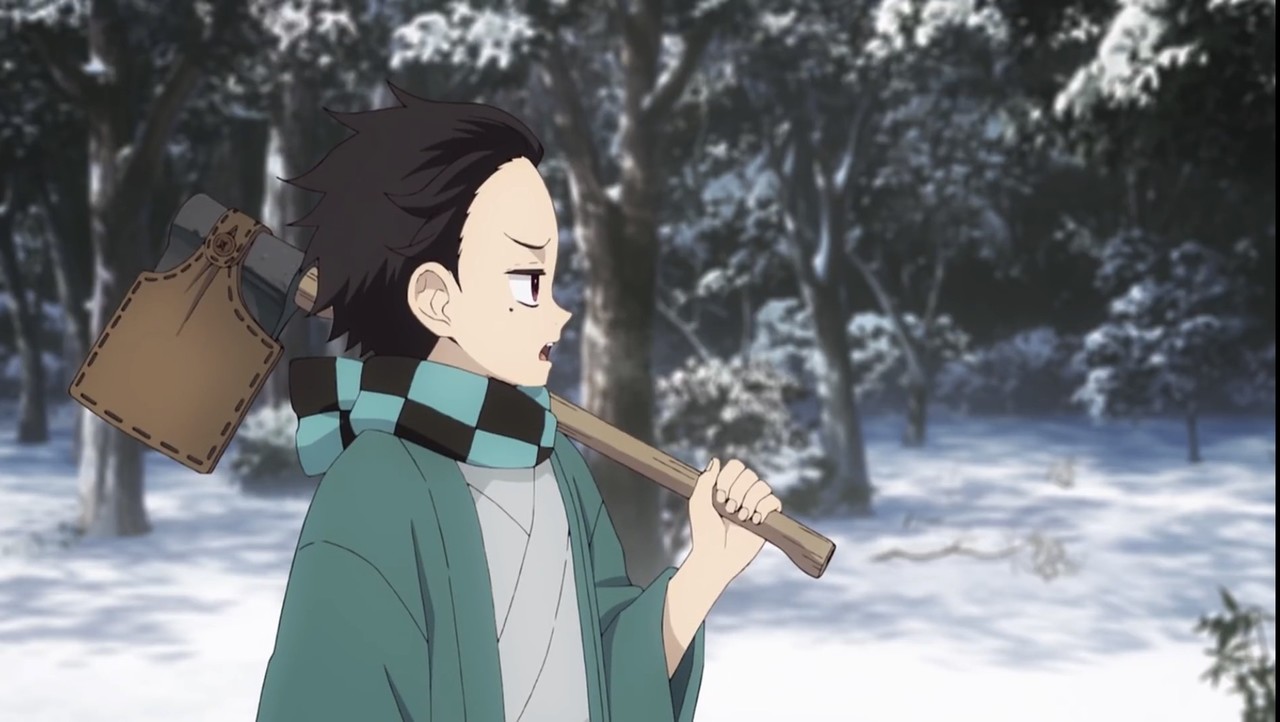 What this item is! Super astringent! I thought!

With this cover alone, “Oh, there are a lot of small children and I’m wearing a cover to prevent children from getting injured.” What is that?

By the way, this cover is not drawn in the original, and it is exposed. 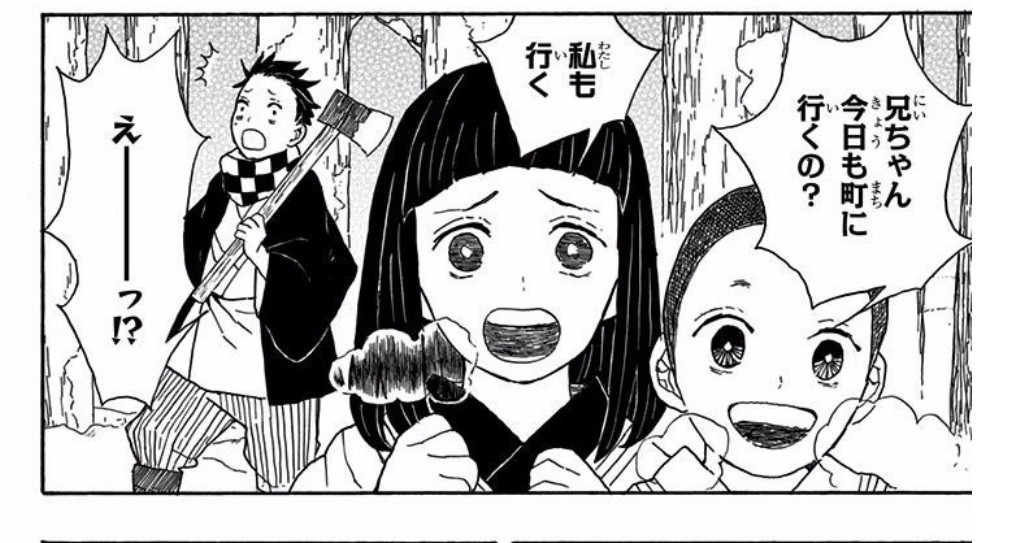 Even if you take this point, you can see the director’s commitment.

By the way, pushing the environmental explanation up to this point also means to present the world view and atmosphere of the work to the viewer, but there is definitely another meaning to do so in this work, It is an emphasis on what will be destroyed (life).

It had the first impact when all the families except Sumijiro and Kanameko were murdered because of the annihilation, but conversely, it was just “Kenji family survived and Kanameko survived.” .. The reason why that happens is that the reader doesn’t know much about the dead family, so the only choice is the family part.

Actually, in the original work there are only 3 pages depicting the lives of these families, it is super easy. 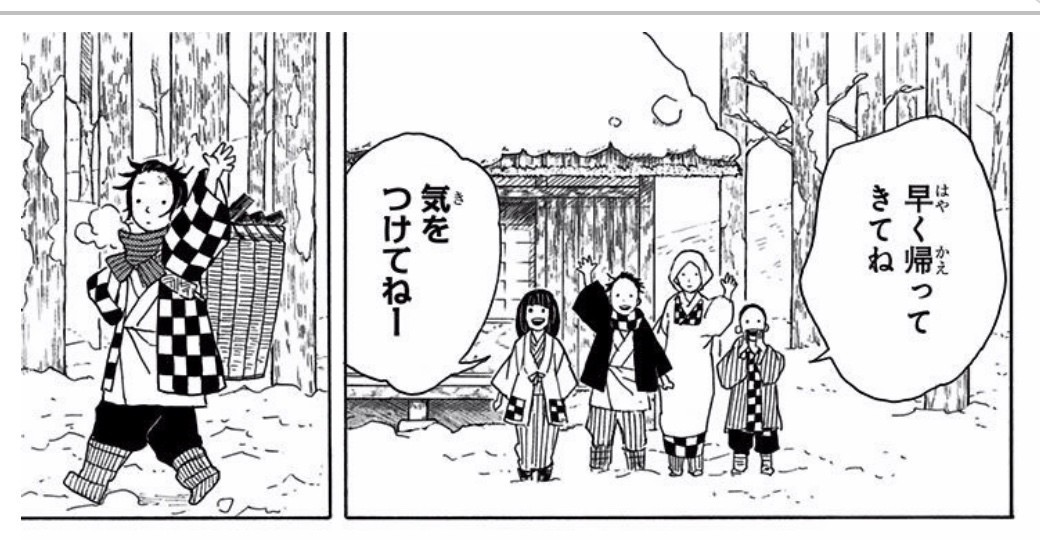 Well, the original is generally simple, but in the anime version, by intentionally focusing on the scale of the first three pages, it is possible to see what kind of people are the families to be killed after this, what kind of life they were living I understand.

When these people were killed by this aim, it is easy for viewers to understand what Kinjiro lost and lose their empathy.

I think that I drew it carefully because it is destroyed, so I can come up with the point that it is well done as a production.

For example, in this scene where Mameko is healing Rokuta, the center of the camera is Rokuta, but I think the main character is Mameko’s gentle mouth. 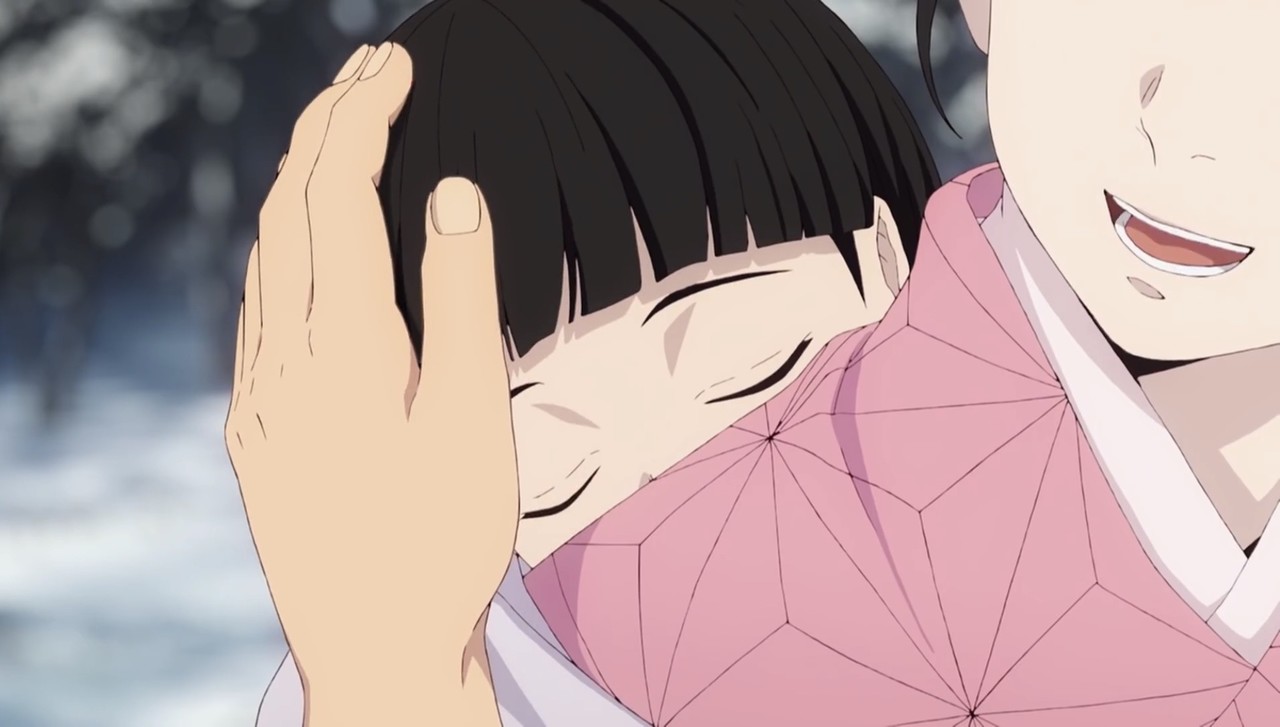 The charm point of Mameko who has turned into an demon? I think this is the mouth where the canines are exposed and the bamboo is held, but in this scene, the gentle mouth of Amameko, which is full of humanity, is carefully drawn.

In the original, this cut is a speech bubble and the mouth of Mameko is hidden, but the reason why I exposed this in the animation is not because the speech bubble has simply disappeared (if that is the case, you can upgrade to Rokka). After all, I think there is a lot of aim to impress the soybean paste when I was a human. 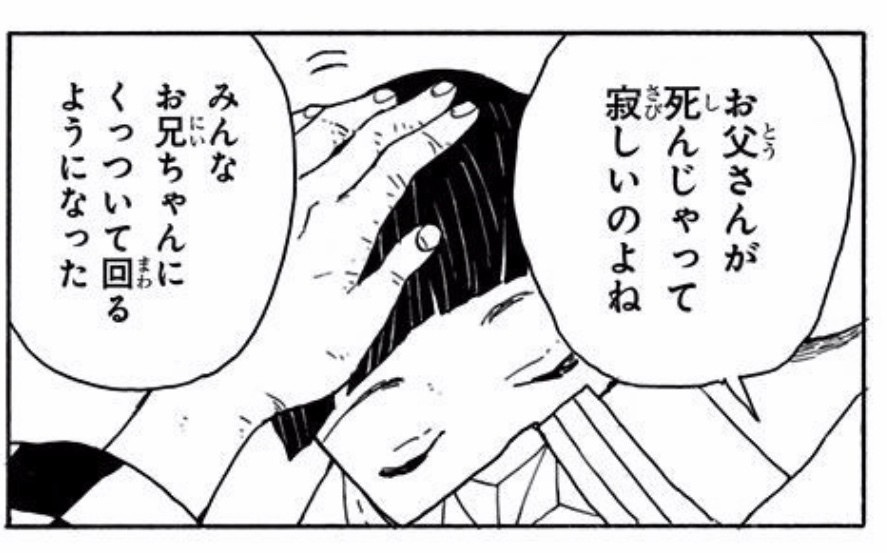 Compared to the original, the first frame of the original is the close up of Jinjiro’s face, but the animation is only charcoal, so the animation version is the life of Minjiro Jiro’s peace, human life It can be said that I drew a bean paste confidently. 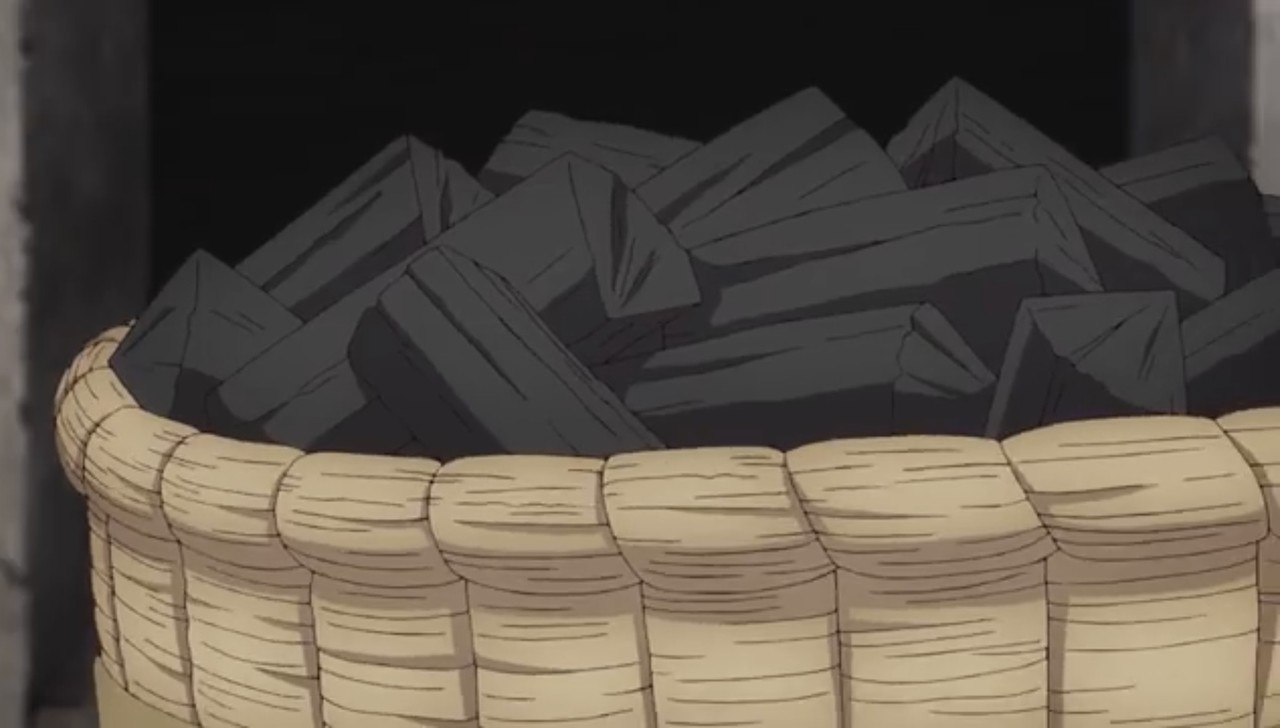 As mentioned above, in the first three minutes, the two objectives of 1) an explanation of the world view to draw the viewer into the work, 2) an effective hint for future development, and at the same time, have been achieved. Very good.

Director Sotozaki, who will do this in just 3 minutes, the animated version of Devil’s Blade, do it…!

Cool battle scenes are also amazing, but I think that the works that can do this kind of thing are limited to more than that.

A feeling of the Taisho era felt with electric wires

Great after 3 minutes! There are lots of things to think about.

The town where Jiro Jiro descended is also often drawn.

Old wooden houses, people walking in the city wearing kimono, etc. are extremely common, and the most amazing thing is the utility poles and electric wires stretched around the city! 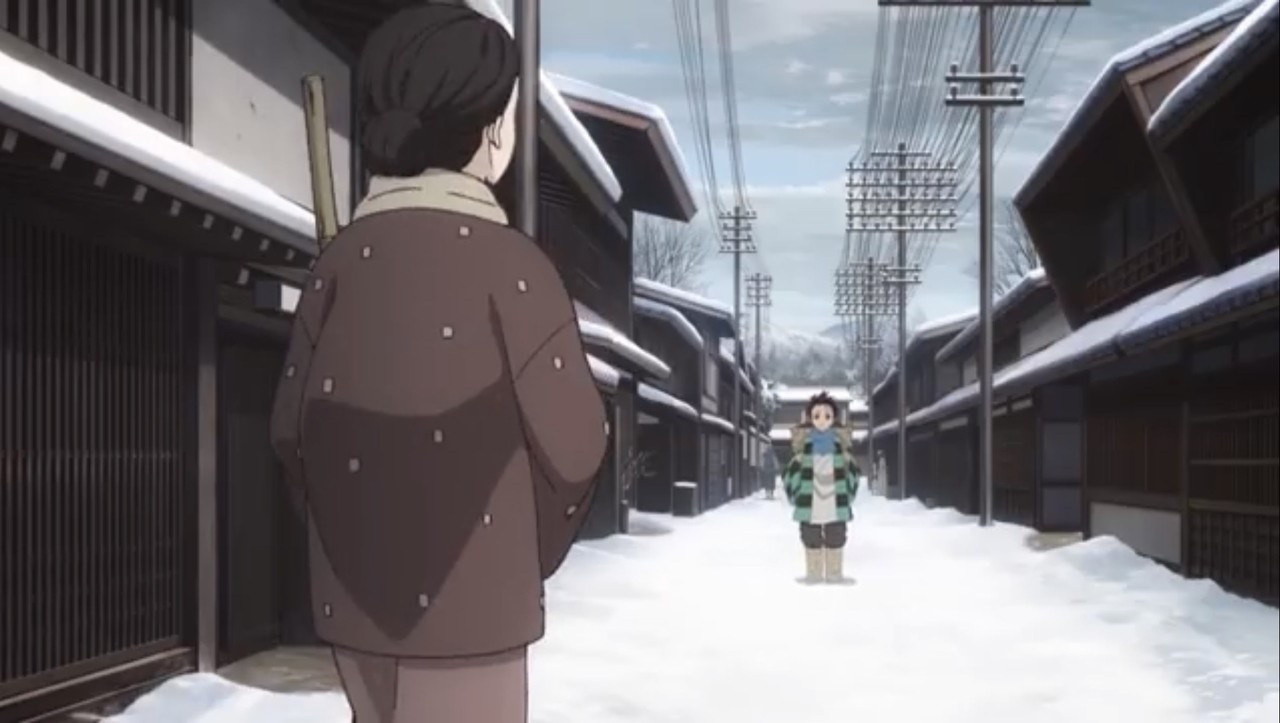 Was it in the Taisho era? You have accurately depicted the historical background of Japan at the time when modernization had just begun with such unique telephone poles and electric wires that you have never seen. I saw it for the first time. Naturally it is not drawn in the original.

Moreover, if you look closely, there are 2 types of lol 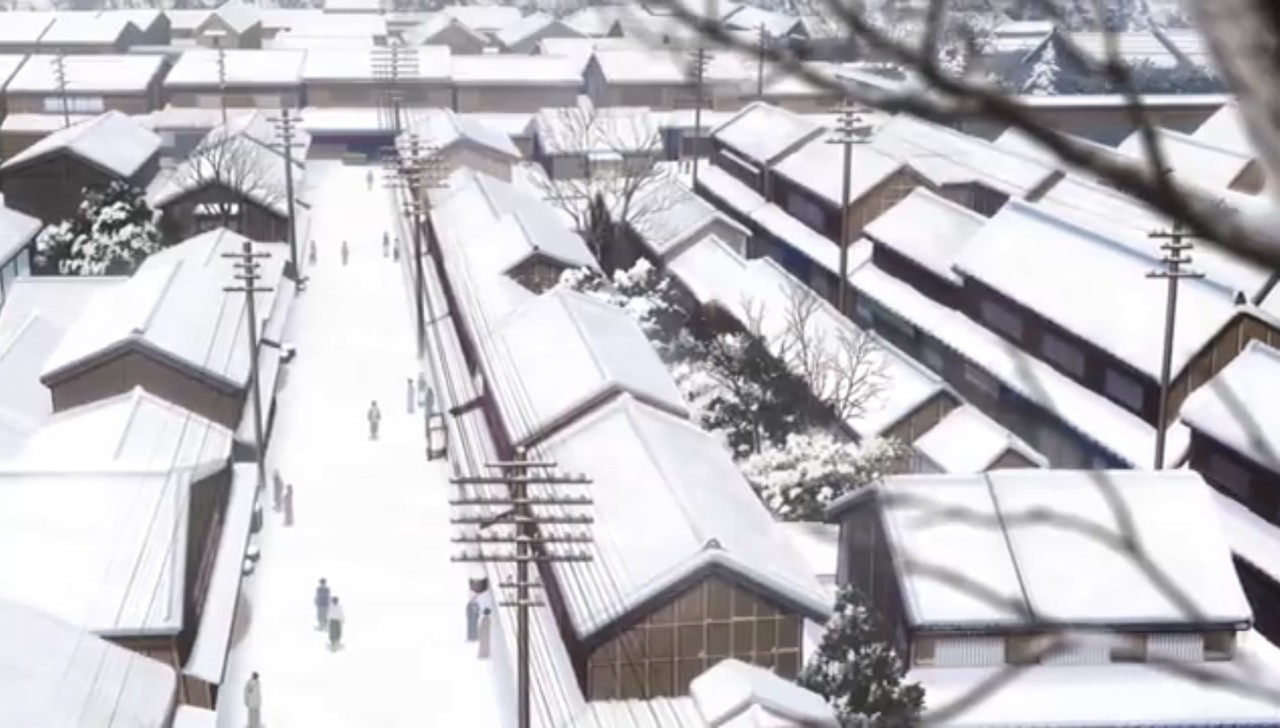 n the other hand, I wondered if a house had too much eaves. The height of the entrance may be as high as a modern house. No more? This is a pity. It’s a shame when it comes to here. 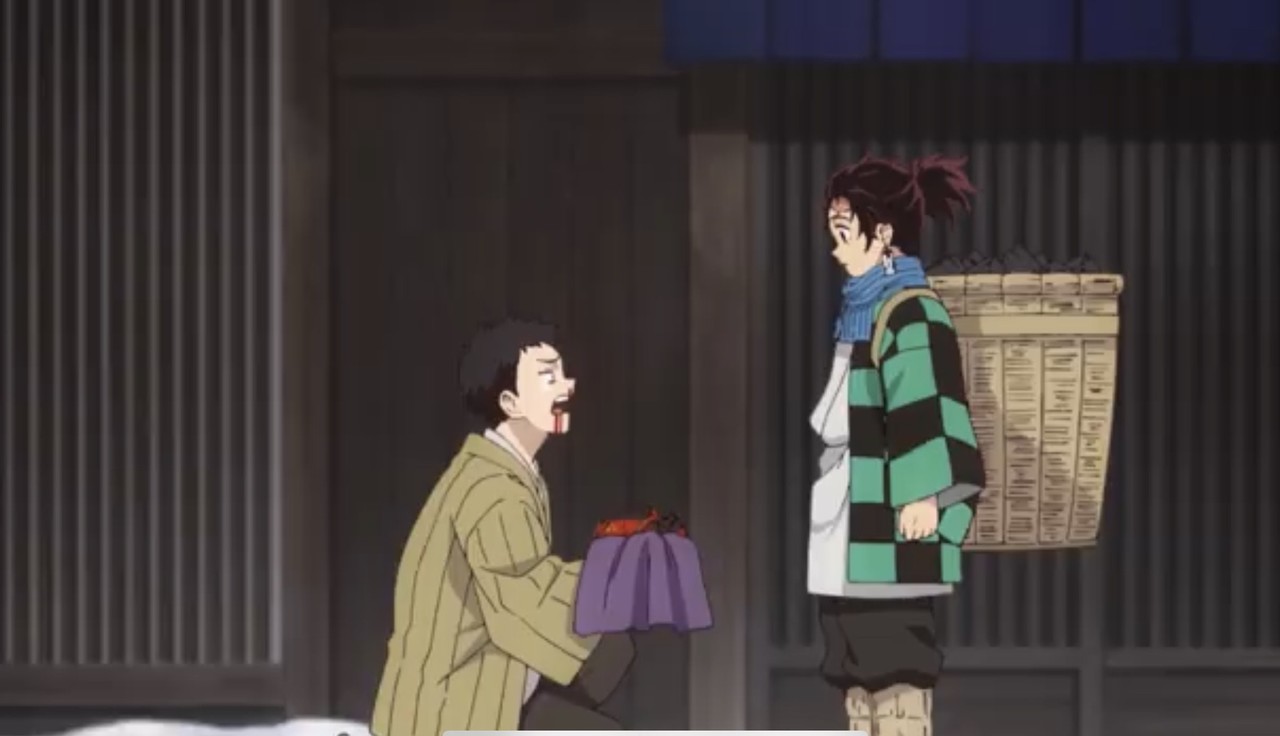 I thought that this work also drew the patterns of kimono and futon very seriously.

Drawing patterns in anime is a bit of a hassle.

A red pig has a mechanic girl called Fio.

That girl is wearing a checkered shirt, but when an animator erases it, there is an episode in which Miyazaki scolded, “No! It’s Fio’s brideswear!” It’s that luxurious. 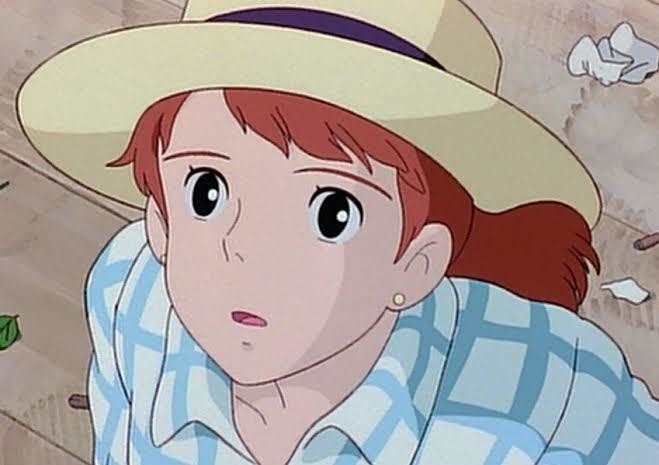 draw patterns, but the best way to do that is with the technique used by Shinto-san in “Puella Magi Madoka⭐︎ Magica,” which uses analog line drawings (for example, futon and clothes lines) as a background. As a method of digital compositing, only the pattern moves with computer graphics. 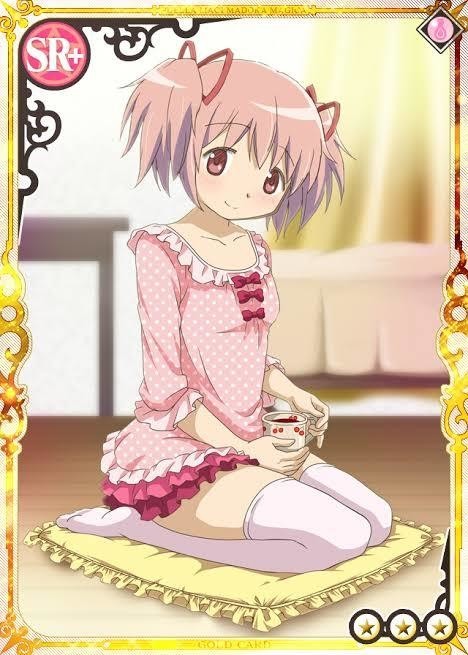 ↑ Certainly I was wearing the pattern of this clothes.

When I saw this, I said “(It’s new and cool, but this is a cutie 💢)”, but with the blade of demon, I also carefully draw the movement of the pattern when I put on the futon properly. 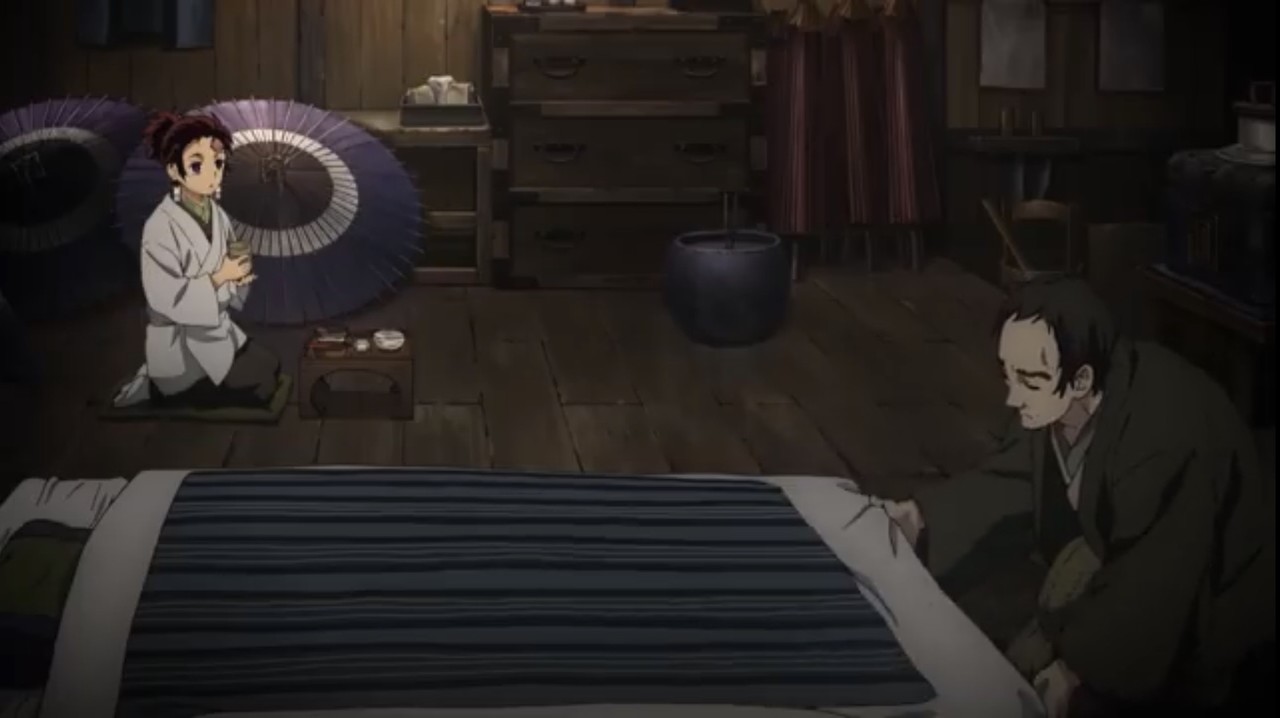 I can only comment about 1/3, but I want to finish it, so I will summarize it.

Well, after all, the background is important.

I could not mention it, but this time, in the background element, the background as a normal picture, the balance of effects such as snow and cg graphics, and the education and intelligence that support what is drawn there, a considerable amount of information alone, persuasion I think the Demon Blade proves that you can be equipped with power and profoundness.

In particular, it’s Zara that ordinary jump animations are colored by manga and voiced, but does that really make sense?

I think that the background and music of this demolished blade is excellent in the use as a production, of course, but simply the quality is quite high.

The background, the drawings, and the music are made with a great deal of attention to detail, and they all resonate in a well-balanced manner as one image.

I don’t know if this can be called dignity, but there is no doubt that it is a good animation example.