The first “Corpus Party”.
The official title is
“Corpus Party Blood Cover Repeated Fear”. Nage.
The release is 5pb.
CERO D horror adventure. It’s not Z, so it’s OK for children. At your own risk.

I cleared it yesterday, but since there is a turning point and the ending changes, I tried again.

*The following is a big spoiler! Note! !

It branches depending on whether Yuka goes to the toilet or not. What is this fork?
I think it’s surprisingly important, this is. In the sense of knowing Yuka’s heartfelt love.

Seiko, who hung himself in the early stages and was dead.
Why do I need to commit suicide? After all, was it possessed or manipulated?
Even so, how did one Seiko hang himself even though he had no scaffolding?
I wrote in the past article

Haha~, so much.
It’s not a mistake to be obsessed, but it’s not the Seiko, it’s over there.
The scaffolding bucket was right in front of the toilet, did you put it back after using it?

I didn’t like the character named Seiko.
Call it a playful character or a crazy character. I didn’t like the third voice. I also didn’t like the annoying setting called hemorrhoids.
However, when I saw the email I was supposed to send to Naomi, I thought that she was a good girl.
In the same email that Naomi sent many times after she learned the truth
I cried!
You didn’t cry! ! It’s a horror game! !

Seiko~~~! I wish I had survived, not Naomi! !
Ayumi is a good girl, but she doesn’t like her. I don’t hate it though. It was a line like “I have an order as chairperson!” Does the class chair have the authority to order people? There is no man’s eye. Yoshiki is a very good guy! Rather, he’s such a good man that Ayumi can’t help it!

Speaking of which, wasn’t the photographer alive?
When did you come to this world? You came with a reporter teacher, right? Were you still alive? I wish I could return this guy.

Except for the characters who survived safely, the dead Yoyoko, Cocoon, Morishige, teachers, etc. disappeared from everyone’s memory and became something that wasn’t there from the beginning, isn’t it strange?
Even if people lose their memory, things will remain?
Is there a name of Seiko in the class roster, and there are traces of test answers, works of art, and living life?
Do you have any clothes, shoes, or belongings left?
Anything that proves its existence, can it all disappear beautifully? why?

I wrote it before, but I didn’t think the beginning was so interesting.
The areas around Chapters 1 and 2 were like this.
As I progressed, I started to think it was quite interesting, and now that I’ve cleared it, I want to say it out loud.
interesting! !
If you like horror, you’ll love it! !
Great masterpiece! ! It’s not like that, but it’s funny without complaint.
Old tattered closed school, creepy papers, corpses rolling around, blood marks, victims’ notes.
By obtaining the name tag of the victim, you can know what kind of death you had.
Those who like THE, Japanese Horror, and creepy will definitely like it.

The PSP3000 also went crazy, but the headphones were like this before I knew it.
It almost tears…
The line in the code looks like Moro.
Bring me my headphones! ! ← Replace it 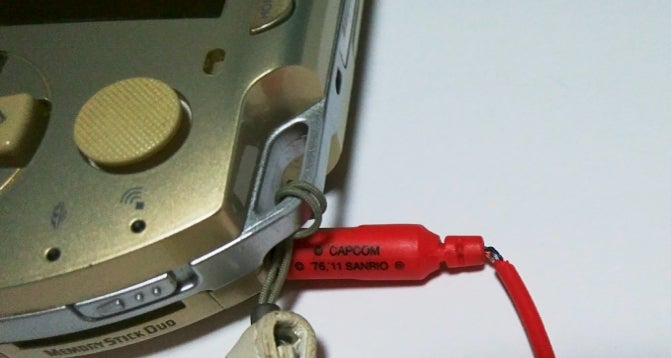 Why is Pokemon so funny? Is it loved...