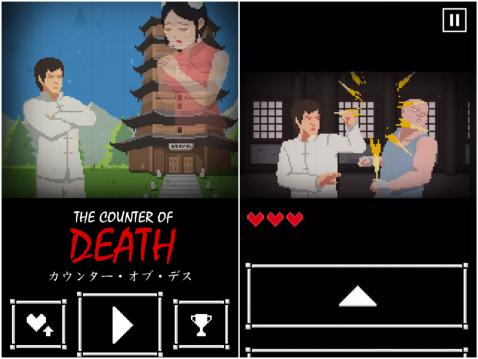 Inspired by Bruce Lee’s Kung Fu movie and “Spartan X,” this retro-style game is made with all the love you can have.
That is “Counter of Death”.
Although the game itself is a simple one that pushes the up and down buttons, it has abundant and cool actions, a phantom sound that resonates each time you put in your fist, and a play between the peculiar spaces that makes you immerse yourself in the game.
It’s more fun than it looks, and love-filled.

The purpose of the player is to rescue the kidnapped lover. Therefore, he will challenge the tower awaited by the villain alone. 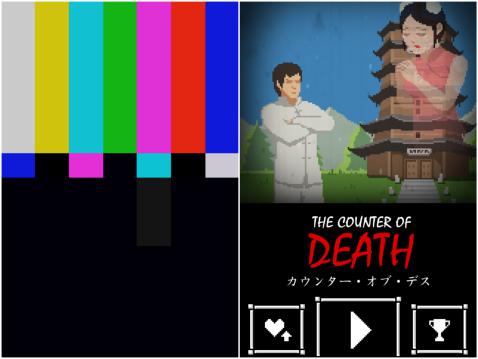 ▲ The setting that resembles “Spartan X” is homage to the old TV, and retro gamers will definitely get more tension from the start.

There are only two operations, “up button” and “down button”.
Basically, it is a battle action that fights bad throws one-on-one, and the player’s operation is only defense.
Judging the position to attack from the enemy’s preliminary action, press the upper button in the upper row, and the lower button in the lower row to succeed in defense. 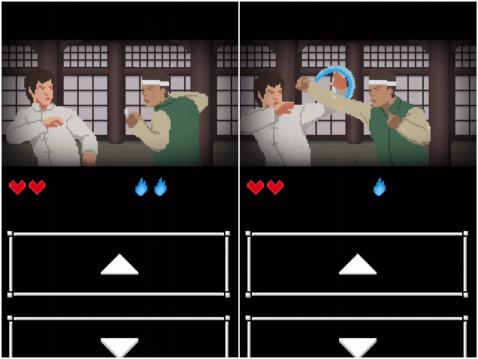 ▲I am making a savings on the top…that is, the upper attack!

If you fail to defend, you lose 1 life, but if you defend as many times as there are blue markers, you can counterattack and defeat the enemy. 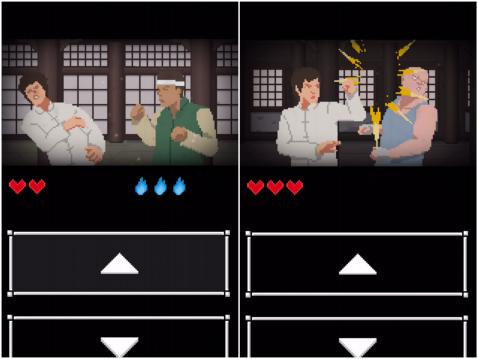 Sometimes shuriken flies and aims at the protagonist. Again, you can use the up and down buttons to defend according to the position of the shuriken. 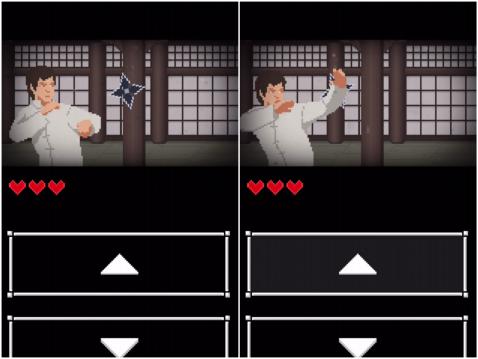 In this way, the system itself is simple. Moreover, the enemy’s motion is not too fast and it is within the range that can be seen and dealt with.
However, during the motion, it is well rendered and creates a feeling of tension, and if you play continuously, it will be easy but you will get a mistake and receive damage.
It’s a moderate difficulty level and simple but fun. Great.

When you defeat a certain enemy, a boss on the floor appears and a fierce battle begins.
The boss not only makes a series of attacks, but the preliminary movements are also a little difficult to understand, and you can’t beat them unless you hit them a few times. 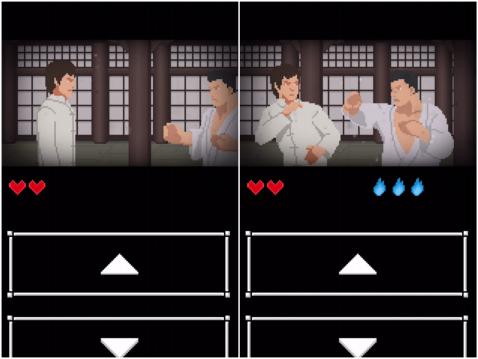 However, a remedy for the player is also available, and if you defend at the moment when the boss’s attack hits, there is also an element that you can deal with consecutive attacks and counterattack in a moment. 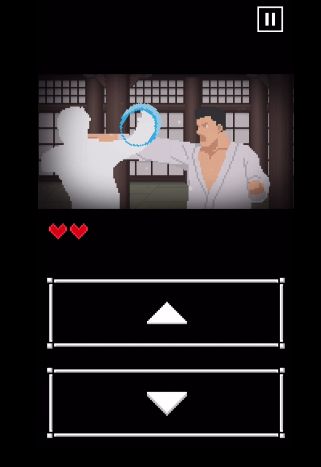 ▲If it shines, you can immediately fight back!

And if you reduce the life of the boss to zero, it will be punishment time.
The face of the main character is up, the command is displayed, and when you finish the button input as it is, continuous attacks explode!
The exhilarating feeling of hitting and the monster sound that is emitted continuously are irresistible. 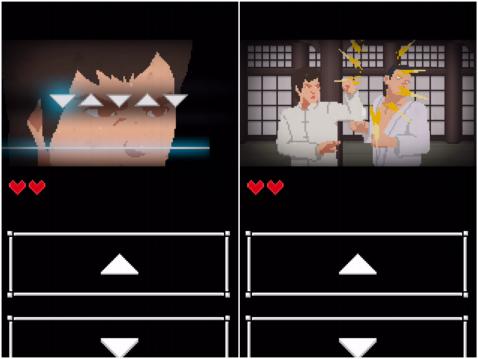 Each time you kill a boss, you gain 1 life, and this continues until you save your lover. 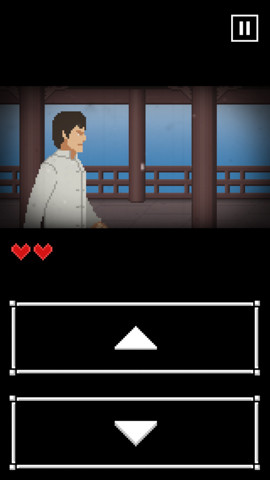 The only billing element is the removal of ads (120 yen), and power-up items and costumes in the game can be played normally and purchased through the game. 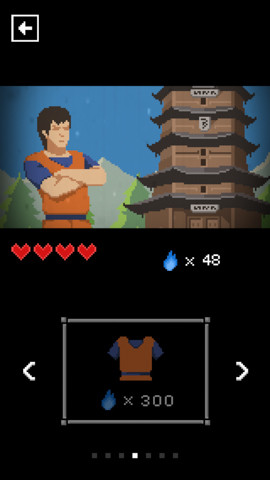 The billing element is light and you can play as much as you want. There are advertisements, but they are erasable, and they are so good that you want to pay them for 120 yen.
It’s a nice piece that conveys love for Retro Music and Kung Fu action, and the love for Spartan X and Bruce Lee, so please try it once.
At least for those who like retro games and those who love Kung Fu movies, it’s definitely one to do.